Ancient Persia, Modern Iran: What to read before you go 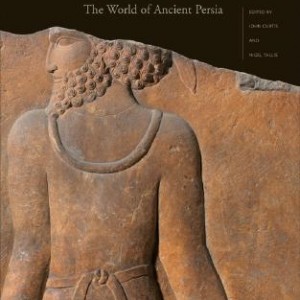 So many books, so little time. Looking forward to our trip to Iran this Fall, Jack and I have assembled a reading list that already has me buckling at the knees.  We won’t finish all of them—at least I won’t— but I hope to finish one or two in each category.

If you’re planning a trip to Iran, or just interested in the subject, here are a few books we like.  Find more at Longitude Books, one of my favorite sites for travel literature, or at your favorite bookseller.

Among the Iranians: A Guide to Iran’s Culture and Customs by Sophia Kutlaki

A History of Iran: Empire of the Mind by Michael Axworthy

A History of Modern Iran by Ervand Abrahamian

The Golden Age of Persian Art  by Sheila Canby

Forgotten Empire: The World of Ancient Persia by John Curtis and Nigel Tallis

Persepolis: The Archaeology of Parsa, Seat of the Persian Kings   by Donald N. Wilber

The First Muslim: The Story of Muhammad by Lesley Hazleton

After the Prophet: The Epic Story of the Shia-Sunni Split in Isla by Lesley Hazleton,

The Good Daughter: A Memoir of My Mother’s Hidden Life by Jasmin Darznik

Honeymoon in Tehran: Two Years of Love and Danger in Iran by Azadeh Moaveni

Journey from the Land of No: A Girlhood Caught in Revolutionary Iran by Roya Hakakian

Lipstick Jihad: A Memoir of Growing up Iranian in America and American in Iran by Azadeh Moaveni